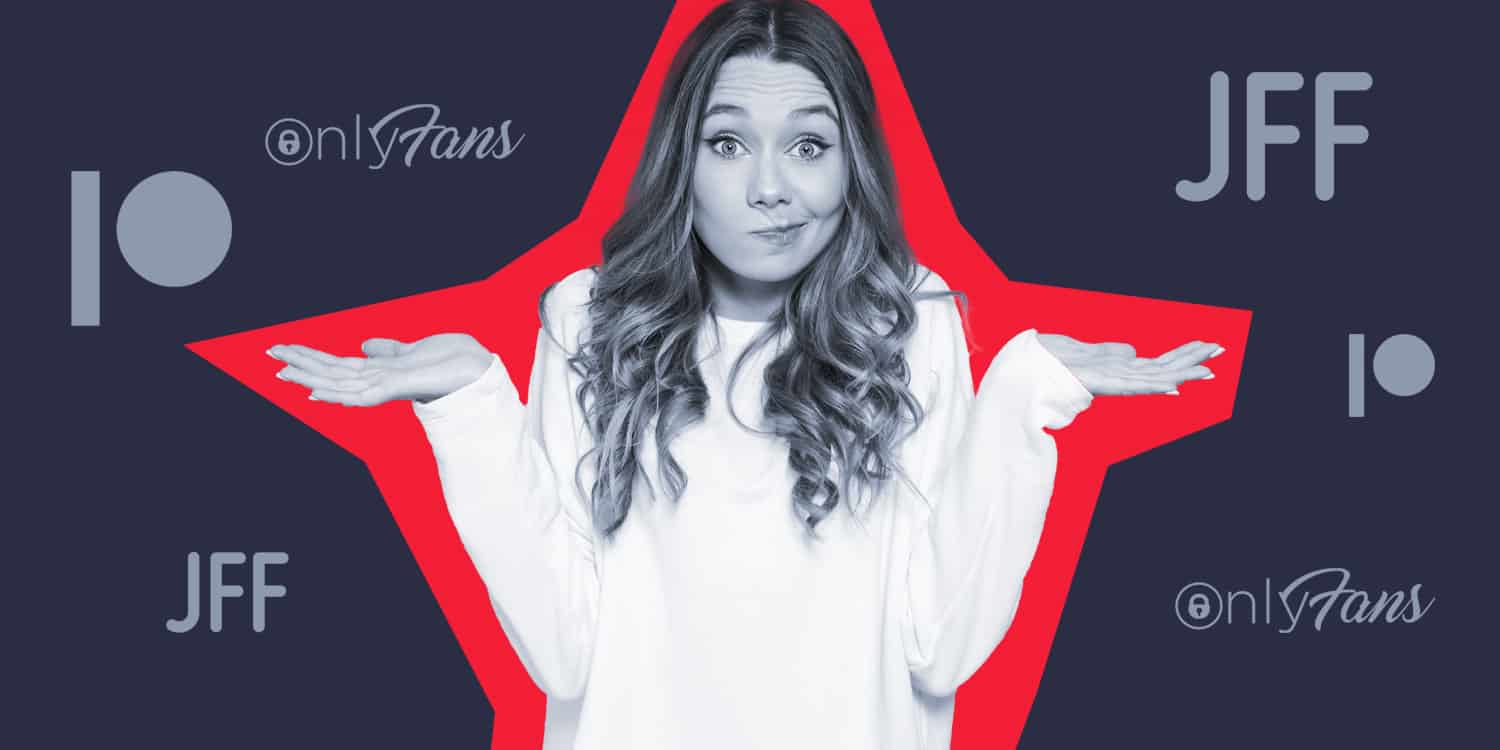 OnlyFans Alternatives: Two Of The Top Choices For Content Creators

While OnlyFans has taken the world and the Internet by storm in recent years, some have asked this question: what are some OnlyFans alternatives to check out? In fact, there are two of them. And we’ll be doing a breakdown of each of them shortly.

The alternatives are known as Patreon and Just For Fans (JFF). While all three platforms will provide followers and paid subscribers the ability to receive exclusive content from their favorite creators, there are distinct differences between each other. In each comparison, we’ll see how OnlyFans differs from both Patreon and JFF.

At the end of the day, OnlyFans may still reign supreme for many who are looking to create high-quality content for their fans and make a good amount of money. If you are curious about some of the OnlyFans alternatives, keep reading.

Without further ado, let’s get started:

Patreon is a membership platform that was founded in 2013. So it’s been around longer than OnlyFans. But one can certainly say that the latter may have taken a page out of the playbook of Patreon and took it one step further.

The platform is used by countless numbers of YouTube channels. Most of those who create content on YouTube for free will offer exclusive content including videos that will only be shown on Patreon. In other words, those videos will never be released on YouTube (except for maybe a preview).

Yet, there is one major reason why YouTubers have been flocking to the site. YouTube has since placed a policy where videos can be demonetized at any given time. It could even be due to the amount of explicit language being used.

But nevertheless, those who may have depended on YouTube’s monetization as part of their extra income see a light at the end of the tunnel. And Pateron delivered the goods. Pateron will not demonetize videos since the money comes from supporters.

Those who create content on Patreon can receive funding from their followers or fans on a recurring basis. But the platform isn’t just made for famous YouTubers. A lot of artistic and creative personalities have relied on Patreon as a way to earn money for their hard work.

While it’s generally not a main source of income, it’s one of the best channels for anyone who wants to make extra money leveraging their creative talents. It is for this reason why YouTubers, podcasters, and musicians are flocking to it like someone struck gold.

As of today, there are more than 100,000 content creators on Patreon with well over 2 million supporters. In total, these creators raked in a combined total of well over $350 million.

How does Patreon work?

The way Patreon works is simple. A content creator can set it up to where a supporter can pay a monthly recurring fee so they can get the exclusive content. It’s a subscription-style model to where the creator can set it to whatever price they like.

If you decide to launch a Patreon, you want to think about this before making a decision.

How does Patreon make money?

Considering that there is a percentage fee that Pateron takes, that’s the only way they make money. How much will Patreon take from creators? Five percent.

That’s right: Patreon creators keep 90 percent of everything they earn (however a small percentage will be subtracted for transactional fees). If you are looking for a platform that won’t take a lot out of you, then Patreon might be exactly what you’re looking for.

How much money can you make on Patreon?

The short answer: it depends. It will depend on the number of supports you may have and how much you are charging per month.

There have been some popular Patreon creators that have raked in hundreds even thousands of dollars per month. Anywhere between one to five percent of your Patreon followers will eventually become paid Patrons. If you have 10,000 followers and you charge $5 a month, you’ll be looking at making anywhere between $500 to $2500 a month.

How does it compare to OnlyFans?

Given that both OnlyFans and Patreon have a ton of similarities, one line has to be drawn. And that’s where we bring up the subject of adult content. On OnlyFans, you can publish content that contains strong sexual content and nudity.

However, Patreon allows only nudity (as long as it is tasteful). Anything beyond that is off limits.

What is Just For Fans (JFF)?

Finally, we’ll be taking a look at Just For Fans? You can say that this is the direct rival to OnlyFans. Yes, it allows adult content.

And it does allow for paid subscriptions so followers can pay on a per month basis to see their favorite content creators and their exclusive content. But there are some stark differences between the two. Before we get into the comparison, let’s talk briefly about the platform itself.

JFF is open to content creators regardless of gender and orientation. The same can be said for OnlyFans. Now that we know a little bit about JFF, let’s do a tale of the tape comparison between the platform and OnlyFans.

OnlyFans vs JFF: How do they stack up

JFF covers some bases that OnlyFans does not. For example, JFF will allow followers and subscribers to purchase individual clips. At the same time, JFF content creators will also sell customized items and text messaging to their fans and subscribers.

You’ve signed up to OnlyFans. What now?

As you can figure out, OnlyFans does not offer this. But the one thing that they do offer that JFF does not is live streaming. However, despite some of the lacking abilities, OnlyFans content creators can work around them so they can ensure a stronger connection with their fans and subscribers.

Of course, you can make money on either platform. But the amount of money you keep will be different. On OnlyFans, you can keep 80 percent of what you earn.

On JFF, you keep 70 percent. So the difference is ten percent. If you want to keep more, it’s clear that OnlyFans will be your go-to option (but Patreon wins out in a three-way battle, assuming you are publishing content that is SFW…but in any event, hello 90 percent!)

Then there is the payout method. OnlyFans will allow you to request a payout every day. JFF only allows for weekly payouts.

Let’s take a look at the minimums: OnlyFans payout threshold is $20. JFF is $50.

With these two platforms being the most popular, it would be easy to reach the minimum payout amount in no time. It’s not as difficult as you think. Plus, the key here is not selling your content at too low of a price.

As mentioned before, adult content is allowed on both OnlyFans and JFF. However, OnlyFans has more creators on their site that don’t choose to bare all anyways. We can’t say the same for JFF.

But regardless, it proves that OnlyFans has that wide fan base appeal across many demographics. Time will tell as to whether or not OnlyFans will adopt some features that JFF may have.

While OnlyFans is more in an authoritative position compared to both Patreon and Just For Fans, the latter two may be a great way to generate more income aside from what you’re already earning on OnlyFans. At the end of the day, it’s all about staying connected with your fans while earning extra money.

For example, if you are on OnlyFans you can choose to use Patreon if you wish. If you are creating more adult-oriented content, it may not hurt to give JFF a whirl as well. While you are there, you can take advantage of some of the features that they have on the platform if you don’t feel like doing any workarounds on OnlyFans.

But nevertheless, it’s never been easier or convenient to create custom content for your fans on the Internet today. While OnlyFans is here to stay, it’s safe to say that Patreon and JFF will stick around for the long haul as well.

Have any other favorites? Let us know in the comments and we might even feature them in this guide in the future!

Free tips and tricks straight to your inbox
More Stories 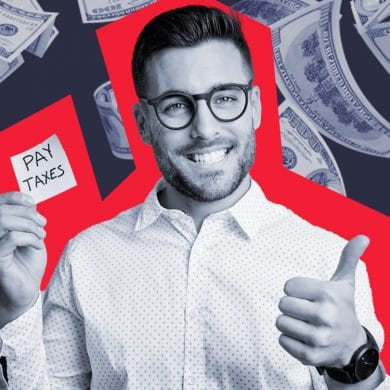 OnlyFans: Do I Have To Pay Taxes?